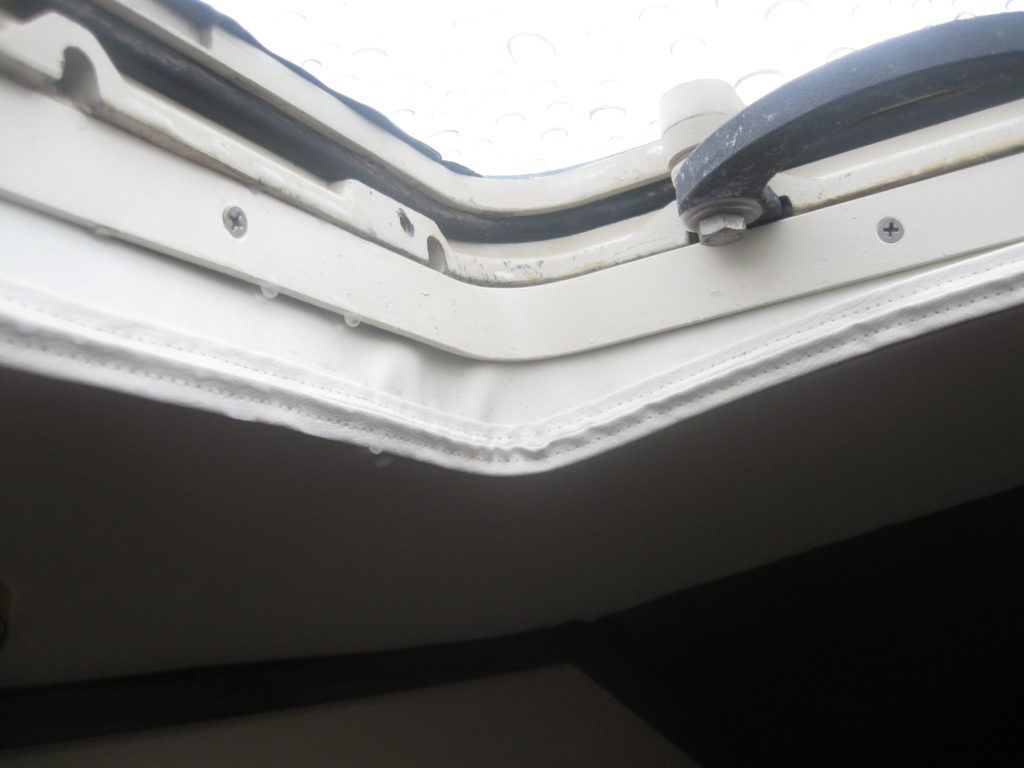 So ask any boater what drives them nuts more than any other problem aboard and they will likely respond “Deck Leaks!” That drip drip of water from an unknown location that drives us to madness is perhaps the most dreaded of problems to deal with aboard any boat. I personally believe that it was in ancient times a Chinese follow by the name of Lee Kee who lived aboard a Junk rigged vessel came upon the well known Chinese water torture. Surely he was laying in his bunk one raining night only to suffer the drip drip of a deck leak located directly above his head. It did not take him long to understand the madness this small amount of water could cause. The relentless drips could easily drive any person insane in short order. 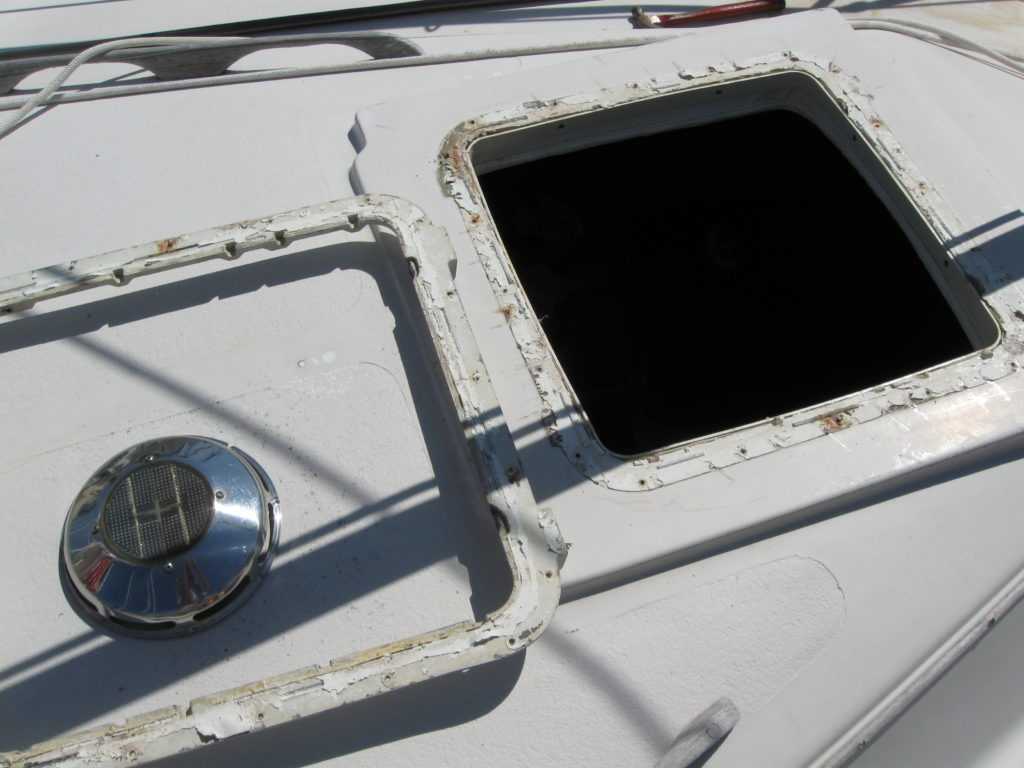 Boaters are the only people I know of that insist on drilling numerous holes in their roofs. Most sane people understand that roofs should not have holes in them. Most roofs are slanted to shed water and have but a few if any penetrations reducing the opportunity for leaks. We boaters on the other hand seem to have more holes in out decks than we do sanity. Hardware, hatches, windows, and other gear all require holes, holes which can and do leak the moment we turn our backs. With all these holes we drill in our decks it is a challenge to stop the water finding its way into our boats not only aggravate us but it can also cause significant damage as it does. 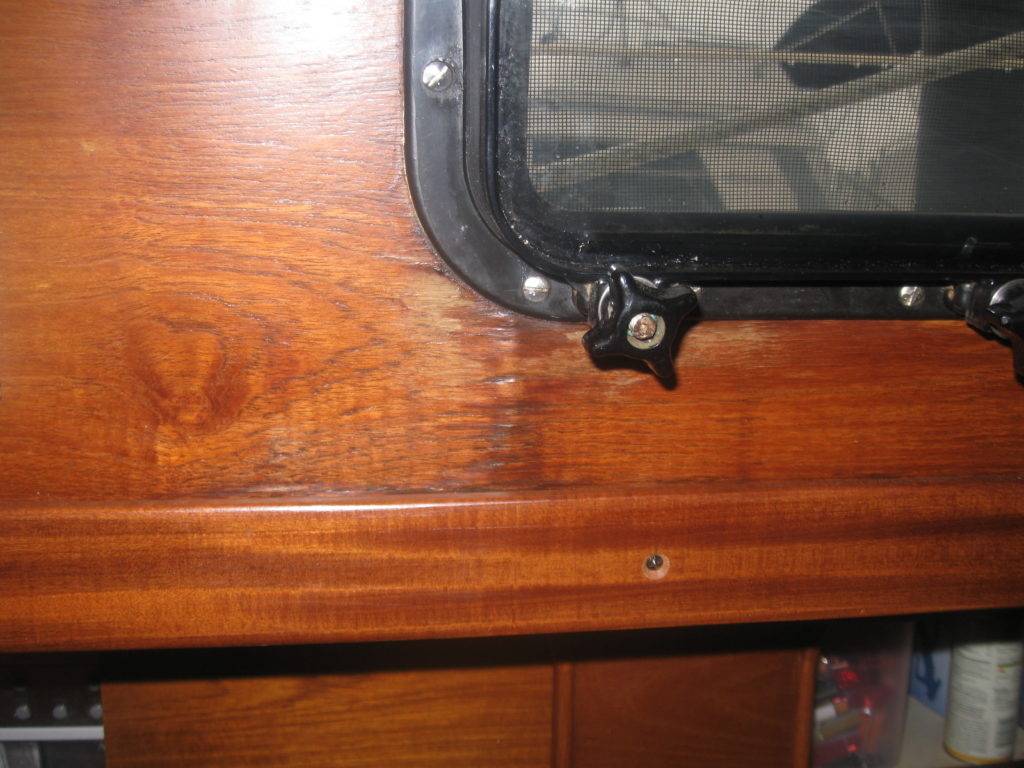 To add to the aggravation we have headliners and ceiling panels that will allow a small slow leak to manifest itself far from its original source. Once again I blame the Chinese for this as they invented those damn confusing and impossible to solve puzzles. Surly some of the leaks we face are akin to those puzzles that are designed to drive us nuts. I have found leaks from sources that were sometimes more than 10 feet away from the source. I am convinced a leak I found once was really from a hole in the guy’s boat next to me! I never did find the source and when he moved the leak stopped so this would make perfect sense if you ask me. I think it was one of those quantum mechanic s entanglement things or as Einstein called it “spooky action from a distance” 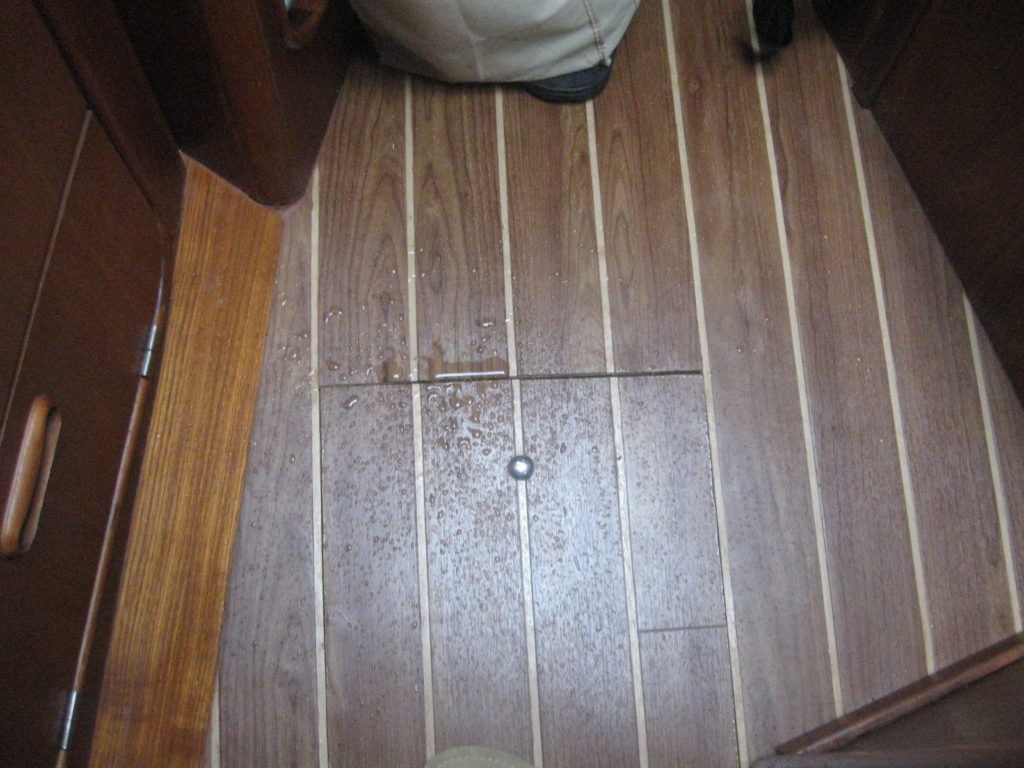 I personally pride myself in not having any deck leaks but this is not a static situation. It seems that leaks follow Murphy’s Law. Not sure who this Murphy guy was but it is clear he is an ass at best. I am proactive when it comes to leaks and when one is sighted I try to get it fixed quickly. I have such a low tolerance to leaks that I have been known to fix them before the rain has stopped. Of course that seems to only be a challenge to the leaks in waiting, the ones that are just waiting for that perfect time to piss me off.

I recently fixed a known but small leak in a cabinet that was a bit annoying but not a major problem. I was pleased with myself for taking the time to fix this even though it was not a high priority. I should have known better as the gremlins were watching and of course the following weekend we had one of those biblical rains that happen here in SW Florida a couple of times a year. So my one leak repair has netted me 3 new leaks that are of course more annoying and if not fixed quickly will damage interior components and woodwork. These are all areas that have never given me trouble in the past but of course will now demand my immediate attention.

The mere fact of having a leak is bad enough but then the added insult of not even being able to find its source will drive a sane person to the edge. Is it any wonder sailors drink so much? The aggravation of a few small drops of water can be more than most can cope with, it is no wonder a few drops of well-placed water have been used to extract secrets for even the most hardened warrior. All I know is when the rains stop it will be time to once again get out the caulk gun in a futile attempt to keep the berth dry once and for all!